I meant to do this before the end of the year, but of course I didn't, because me. I should probably warn you ahead of time that my answers will be sketchy because I don't remember anything. I forget what I had for breakfast while I'm still eating breakfast.

1. What did you do in 2016 that you'd never done before?
Started but didn't finish reading several books.

3. Did anyone close to you give birth?
Yes

4. Did anyone close to you die?
Yes

5. What countries did you visit?
The Land of Nod, quite often.

6. What would you like to have in 2017 that you lacked in 2016?
Superpowers. Any will do. Except flight, because I'm afraid of heights. 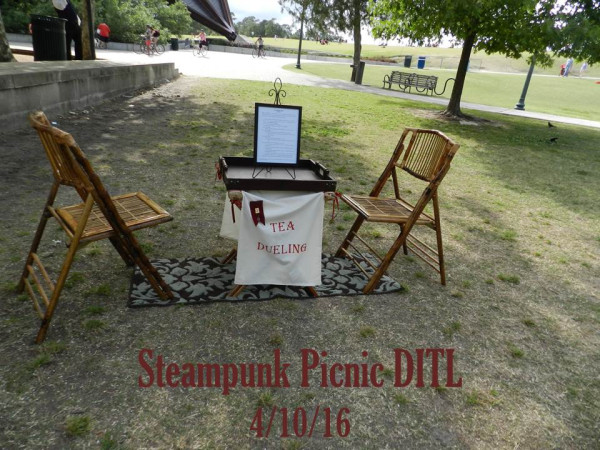 Ever have one of those days when you're so tired you just want to cry? But crying would take way too much effort?

Posting all sorts of stuff in my head, though. Hopefully I will remember it all after I've had some sleep.

I figure I should start off the year with a post, just to make sure I post at least once this year.

It ended nicely, though. We went to Bandera to visit my inlaws, and had a lovely time. Saw Star Wars, went to a Spy museum, shot some fireworks, petted a burro. Not all at the same time, of course, although that would certainly have been exciting.

I hope you get a 2016 that's everything you never knew you wanted. And fits.

I'm sure all sorts of stuff happened, what with Halloween and Renfest and Thanksgiving and 60+ days of Life In General, but dang if I can remember any of it. At some point there was pie...I'm pretty sure on that one.

I do remember this conversation, one evening while we were all hanging out watching TV:

Me: My elbow hurts.
The Boy: We aren't going to have to put you down, are we?
Middle Daughter: Can I have your stuff?

My kids are hilarious.

You comment, I give you an age (you might tell me your current age) and you fill out the meme questions with what applied to you back then, and now.

I lived in:
Bellaire, at my parent's house.

I drove:
I didn't, much. But if I did, I usually borrowed my mom's Valiant. (At least, I think that's the car she had when I was 23, although I could be mixing it up with an earlier car. Maybe the Valiant was the car she had when I got my driver's license. All I really remember about the Valiant is that she lost the gas cap off of it, so had to get a replacement, which was silver even though the car was green, because the matching replacement gas caps were too expensive. In any case, it made her car really easy to spot in parking lots, because it was a green car with a silver gas cap, which you could spot easily because it was before the gas crisis when people were sneaking around siphoning gas out of their neighbor's cars, resulting in car manufacturers changing car designs to hide the gas cap behind a panel that could only be released from inside the car. But then one day we went shopping and when we got to the parking lot we couldn't get the car unlocked and then realized it was because it wasn't her car, which meant there was someone else with an old green Valiant that had lost their gas cap and was too cheap to buy a matching one. Which just goes to show that when you're feeling like you're alone in the universe, you can take comfort in knowing that there's someone very much like you out there, and possibly even in your own town.)

I feared:
Nothing. Which wasn't very smart of me, really.

I worked at:
J.C. Penney

I wanted to be:
A wife and mother someday. A writer who churned out fluffy novels and poetry that made grown men cry.

I live in:
Bellaire. But not at my parent's house.

I drive:
A Toyota Corolla, my second one and only the fourth car I've ever had. (The other two were Saturns, one of which did not have the original gas cap. The wheel, it turns.)

I'm in a relationship with:
A man far nicer than I deserve. We've been married for 17 1/2 years.

I fear:
Something happening to my children.

I want to be:
Relevant.

If I let the days go by unremarked, does that make them unremarkable?

These are the days when nothing happens but everything is happening. The Boy is taller than I am. Middle Daughter is away from home more hours than she's here.

I need to overcome inertia. The faster the world moves, the less I want to. My house is a wreck (not even a metaphorical wreck, an actual wreck, with things that need fixing). I can't muster the energy to do anything about it, but it's getting to the point that it's hard to ignore. I think blinders are a good look for Fall, don't you?

It probably says something about me that I have a special glass just for dunking Oreos.

It's a lovely small tumbler, with a fancy purple design and gilded edges. When I first saw it, I imagined myself in an artfully draped silk dresing gown, reading important literary works while sipping healthy and exotic juices.

But it just so happened that the glass was exactly Oreo sized, so really, I had no choice. When Fate gives you an Oreo sized glass, you don't throw that back in Fate's face by sipping healthy juice from it.

They can keep 'em. I'll be here, in my artfully draped yoga pants, watching One Day at a Time reruns and dunking my Oreos.

Tropical Storm Bill turned out to be a non-event at our house, which is a very good thing. In fact, it rained so little this morning that I was contemplating watering the plants on the back patio.

My office was closed, so I worked from home. I hate working from home. I really like keeping my work life and my home life separate. People are always trying to sell me on how wonderful working from home is. They say, "You can work in your pajamas!" like it's a good thing. I don't want to work in my pajamas. I want to sleep in my pajamas. At the very most, I want to lounge on the couch with a nice cup of tea and perhaps a slice of toast with butter and peach jam and a novel ten grades below my reading level.

I put some ribs in the slow cooker. Big mistake. Here's a public service announcement for you: Do not use the slow cooker when you are going to be home all day. Because I spent all day with the smell of cooking ribs wafting through the house, which for the first four hours made me really hungry for ribs and for the last four hours made me never want to eat ribs again.

We are supposed to get more rain tomorrow. Hopefully that will be a non-event as well. I can't predict what the weather will do, but I do predict that I will not be working from home in my pajamas with the smell of slow-cooking ribs wafting through my house. I'm pretty confident that's a sure thing.

So I'm wondering if part of my fear of blogging is tied to my jinxy-ness. Like, if I blog about how well things are going, everything will fall apart.

I suppose I could try to outfox the jinx by posting about how horrible things are, but The Jinx is not to be trifled with.

This is how my brain works. All roads lead to food.

Speaking of food, it's a good thing we are living in modern times, because if my family were prehistoric hunter gatherers, we'd be hosed. Middle Daughter just came in the room asking me if I knew where the neosporin is, because she couldn't find it.

Just for context, the medicine cabinet is stocked with little open bins that are labeled. Clearly. With short easy to understand words like "Tummy Troubles" and "Pain" and "First Aid". Granted, I've only had this system in place for the last five or six years, so not everyone has caught on yet. So when Middle Daughter said she couldn't find the neosporin, I generously assumed that someone had mistakenly placed it in the "Cold & Allergy" bin, or possibly the "Kid's RX" bin.

Want to guess how long it took me to find it? Or where it was? Come on...it's an easy one. Practically an open book test. You guessed it...I found it in about three seconds, in the "First Aid" bin. A box of band-aids had fallen on top of it.

Middle Daughter could not have looked more amazed if I had pulled a stegosaurus out of her ear.

Maybe it's my fault, for all those times I took her toddler self to stores and museums and other people's houses and told her "we look with our eyes, not our hands."
Collapse